Bulgaria and Greece have agreed to open the new Makaza border crossing point on the Bulgarian-Greek border for vehicles weighting less than 3.5 metric tons.

The Regional Governor of Kardzhali, Biser Nikolov, told Darik radio Saturday he expected that the checkpoint will be operational by September 9, saying the date has been proposed by negotiators for the Greek side.

“The road through Makaza is a decades-long dream for people in the region. I am convinced it will boost tourist trips between Bulgaria and Greece and the development of border regions in both countries, and will significantly alleviate traffic at the other border crossing points on the Bulgarian-Greek border, said Nikolov.

However, it seems that Greece had prevailed in the dispute in the long-delayed agreement to open the pass as Athens insisted that it is open only for cars and buses, while Sofia demands that heavy long vehicles, up to 5 tons, are also allowed to pass through.

At a regular sitting on August 14, Bulgaria’s government gave the green light to the launch of the border crossing point and also reviewed a draft agreement with Greece on providing joint control for it.

The Ruse-Makaza road linking Romania and Greece through Central Bulgaria is supposed to be part of the Pan-European Transport Corridor No. 9 leading from Helsinki, the Baltic States, Moscow, Kiev, and Bucharest to the Greek port of Alexandroupolis on the Aegean.

However, the international transport corridor, which harbors the potential to stimulate the development of much of Bulgaria’s central regions, did not function until now because the Makaza Pass in the Rhodope Mountains on the Bulgarian-Greek border remained closed.

This is in spite of numerous promises in the past five years by senior Bulgarian and Greek politicians that a border crossing point there will be opened “next year.”

The delay in the opening of the Makaza Pass, which is some 20 km north of Greece’s Aegean coastline, has been consistently attributed to the slow construction of the road on the Greek side of the border. When it becomes fully operational, the Ruse-Makaza Pass road will provide the shortest route from Romania’s capital Bucharest (and much of Central and Eastern Europe, for that matter) to the Aegean / Mediterranean.

In 2011, a long-anticipated decision of the Bulgarian government to make the Ruse-Makaza road a “priority project” was justified with the need to absorb EU funds under Operational Program “Transport”, which would allow faster administrative procedures for investments, land expropriation, and construction. The Bulgarian government plans to turn the road in question into a “high-speed way” (with four lanes).

The actual realization on European Transport Corridor No. 9, however, also depends on the realization of one of the most-talked about infrastructure projects in Bulgaria in the past 20 years – the construction of a tunnel under the Shipka Pass in the Stara Planina Mountain (Balkan Mountain), which is supposed to improve greatly the transport links between Northern and Southern Bulgaria along the Ruse-Makaza route. 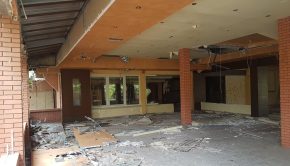 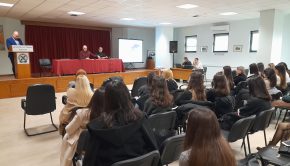 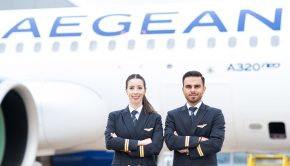